Breaking out the London bubble.

The ‘London Bubble’. Londonisms. London-centric content. We’re all guilty of it. It’s quite easy to get caught up in the big ol’ smoke. I’m a staunch Northerner you see. When I moved to London five years ago I brought with me not just a funny accent, but a pretty decent understanding of the difference between North and South. I knew there was value to bring here. At Born we make heaps of content across every sector imaginable, meaning our audience is pretty much anyone and everyone, not just Londoners under the age of 30. So what are you doing as a brand or as an agency to reach the rest of the Great British public and avoid getting stuck in a whirlwind of flat whites and influencers? Let me tell you, I could talk about this for days, but I’ve been incredibly disciplined and given you five pointers to help you branch out of that exclusive bubble.

Instagram use falls significantly once you escape the social savvy claws of the capital. Since I can remember, people would say that Newcastle was ‘a couple of years behind London’ when it came to tech and culture. And this soon became obvious when I started working at a Shoreditch based Social Media agency. People don’t care about Instagram like central Londoners do. Believe it or not, there’s still a huge, loyal, engaged Facebook fanbase, particularly within the older demographic. Not only do these people happily engage with brand content on the platform, they also provide heaps of insightful behaviors that we can all, as marketers, learn from. I get more entertainment flicking through Facebook than I do Instagram. It’s far less polished, it’s far more real. Go here for your older audience and their truthful insights. Join a few groups. Look how people talk to each other. It’s genuinely more fascinating than death-by-brunch (Avocado on toast shouldn’t cost more than a fiver just FYI). Yes we live in London. And aside from all the moaning we do, by large we love it. But it’s one city, a unique city that’s not necessarily representative of the rest of the UK. First up,  avoid talking about commuting in terms of tube and train. Whilst 40% of Londoners use public transport, this number drops to just 10% outside the capital (remember those four-wheeled things with exhausts? Yeah, those.). Also, the length of the commute wavers massively when you venture outside the Smoke, with only 1 in 10 people saying they spend over an hour commuting compared to 1 in 5 Londoners. Commuting aside, our conversations are littered with Londonisms and we don’t even realise. Everything from brunch and fashion week to Hipsters and Oyster Cards. I’m from Newcastle. This really doesn’t affect me, or interest me for that matter. Work on a one-size fits all language, not one that exclusively rings true to London. On a recent project at Born we set about localising a selection of Instagram Stories ads for a contents insurance client. The one we found the hardest? London. You see, when we think of London on a broad scale we think of Big Ben and Black cabs. We’re in a kind of inception style bubble inside a bubble where we forget we live in the second most visited city in the world. When we talk about localising London we should actually be talking about the things that only people who live in London can relate to. Manchester, Newcastle, Bristol were a breeze. That’s because we have an amazing team here at Born who either went to Uni outside of London or are from various different places in the UK. We have Scots, Irish, Northern, Midlands, not to mention heaps of amazing Europeans. What an absolute bonus. What are you doing to utilise your workforce to help reach broader audiences?

The Sun and The Daily Mail are two of the most read newspapers in the UK. When was the last time you read them? Although not my cup of tea, to put it softly, it’s important that we’re reading both sides and getting a fuller view of the UK. As Monica Majumdar, Head of Strategy UK at Verizon Media, said “It doesn't mean switching to the dark side, but instead being a well-informed marketer.” She’s spot on. Leave your beliefs at the door and think about it from a research point of view. It’s vital you understand what’s getting people riled up in this country. What are people talking about outside of tech and climate change? The next one is Twitter; don’t do yourself a disservice and create an echo chamber by only following accounts that you agree with or that interest you. Broaden your horizon to Trump, Morgan, and dare I say it, Hopkins. I follow every single Premier League team on Twitter, it doesn’t mean I support them, but I like to sound knowledgeable when I’m in the pub with pals (I can’t stand Man United). Be that one person in a meeting who has an insight that others don’t because you’ve seen a tweet by Jim Davidson that went viral.

If I say to you that Mrs Brown's Boys was named best British sitcom of the 21st century, what would your response be? Would you squirm or gasp in incredulity? What critics like isn’t what people like. As creatives we are constantly battling against the subjectiveness of our role whilst at the same time trying to please the masses. It can prove somewhat problematic. Watching popular TV shows can help keep us grounded and give us heaps of insight into what people watch. Do your homework, watch these shows and decipher what it is about them that people love. When the X Factor is on, watch it. When Eurovision is on, try throwing a party (also, turn the subtitles on; priceless). Watch stuff you wouldn’t usually watch, not just to stay in the loop of what’s popular but to get a read on why it’s popular. This can benefit you massively. 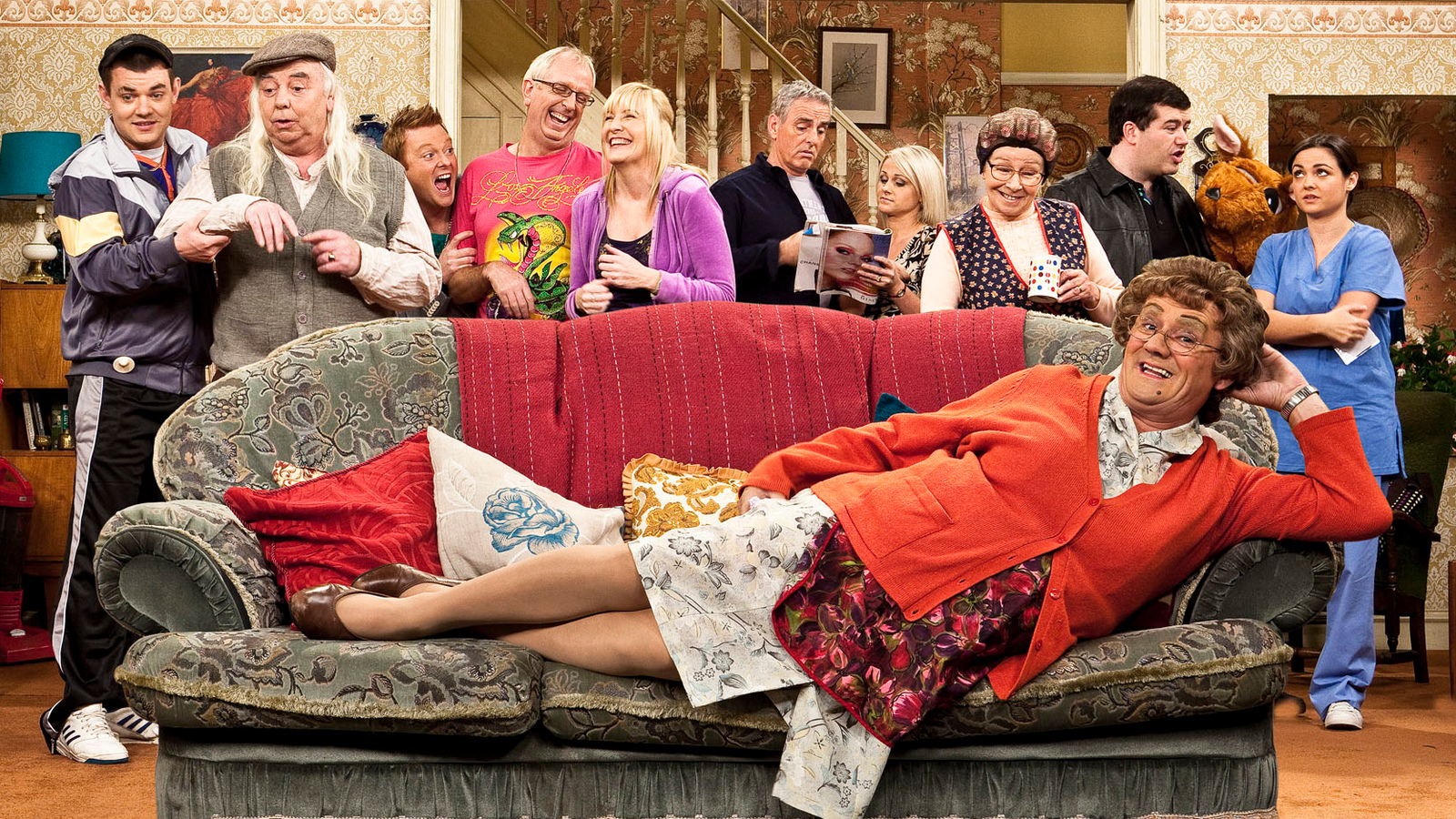 And there you have it, five pointers to get you thinking. I’m not saying I have all the answers, not by a long shot, but by actively making a few changes or going out your way to source this stuff, you can start to get ahead of the game and create content that aims to reach everyone, not just Londoners.